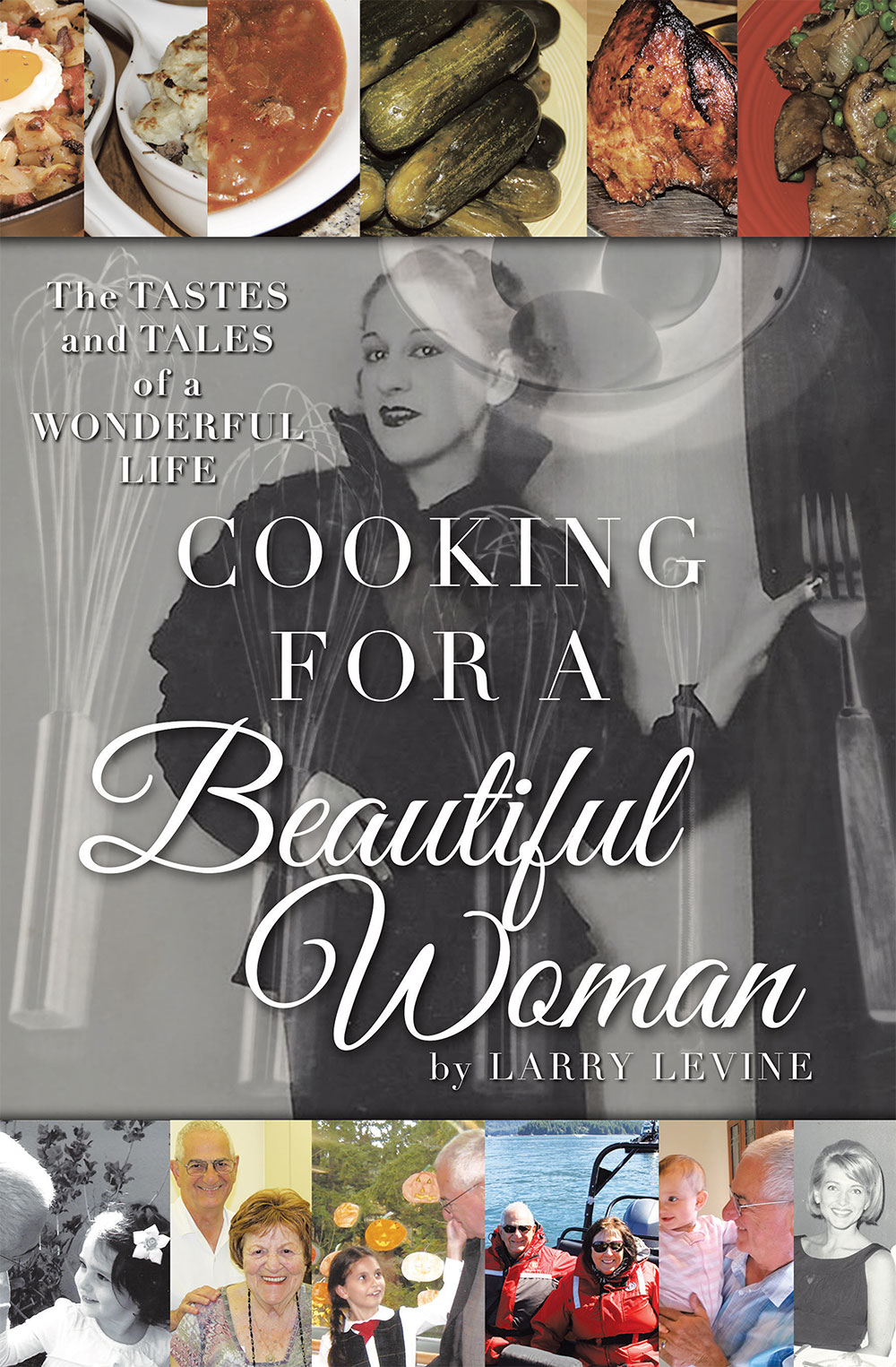 COOKING FOR A BEAUTIFUL WOMAN

THE TASTES AND TALES OF A WONDERFUL LIFE

Cooking For A Beautiful Woman is a delicious and fully realized food memoir whose portions are always generous.

Larry Levine’s memoir Cooking For A Beautiful Woman is a touching collection of stories and recipes culled from a life packed with flavor. It is also an homage to the women who influenced Levine and the dishes he enjoyed with them.

Levine estimates that he’s cooked at least 30,000 meals; he’s written hundreds of food features. He’s the editor and founder of Table Talk at Larry’s, an online food magazine. His devotion to good food is apparent in Cooking For A Beautiful Woman, where it is supplemented by his love of women, recalled in wonderful accounts of Levine’s relationships, leading up to that with his wife of fifty years, Jennifer. Levine’s sense of adventure and curiosity drives the book, as does its infectious enthusiasm for stories and snacks. A recurring theme of music and show business adds sparkle.

The book’s chapters are arranged chronologically, introducing the ladies in Levine’s life and indicating the ways they influenced his palate. Although Levine identifies himself as a scratch cook whose mantra is “to taste,” his recipes are written with exacting measurements. Each one comes with a story, memory, or recollection that sweetens the meal.

The text includes many gems, such as an original, handwritten recipe for Levine’s mother’s gefilte fish: “ask man to fillet & save all skins bones & heads ask man for extra carp head.” Levine has a sharp eye for detail and techniques; at one point, he explains how to “jerk” a long-handled spoon to make an authentic Brooklyn soda fountain Black and White or egg cream. Details, like of the paper cups that held the pushcart Charlotte Russe treats he ate after school, bring the recipes to life. Understanding that food is for every occasion, the book captures high-class celebrity eats and everyday, chicken stock meals, too.

Cooking For A Beautiful Woman is a delicious and fully realized food memoir that moves from “what we ate” to “what the band was playing,” its portions always generous.

Disclosure: This article is not an endorsement, but a review. The author of this book provided free copies of the book and paid a small fee to have their book reviewed by a professional reviewer. Foreword Reviews and Clarion Reviews make no guarantee that the author will receive a positive review. Foreword Magazine, Inc. is disclosing this in accordance with the Federal Trade Commission’s 16 CFR, Part 255.

Synopsis: They were singers and secretaries, classmates and teachers, actresses and attorneys, mothers, daughters, granddaughters, friends, lovers, and mentors. They were strong, intelligent, independent and witty. Together and separately they wove a tapestry of smiles and tears and inspired the warm, funny, tender, and sweet stories that fill the pages of Larry Levine’s “Cooking for a Beautiful Woman: The Tastes and Tales of a Wonderful Life”, which is part memoir and part cookbook.

Levine is the editor and publisher of the online food magazine TabletalkatLarrys.com, as well as a home cook who has created more than thirty thousand meals in his lifetime. In “Cooking for a Beautiful Woman” he tells nostalgic and true tales about the women he has known and offers delectable recipes including traditional Jewish and Romanian dishes, memorable meals culled from the menus of restaurants on the Sunset Strip and Las Vegas Strip, and dishes from a broad variety of cultures.

“Cooking for a Beautiful Woman” shares fascinating stories and tasty recipes that offer a glimpse into a man’s lifetime and the special women who touched his heart.

Critique: A unique and inherently fascinating read that is laced throughout with palate pleasing, appetite satisfying recipes, “Cooking for a Beautiful Woman: The Tastes and Tales of a Wonderful Life” would be equally appropriate and recommended for community library Contemporary American Biography collections, as well as personal and community library cookbook shelves. Indeed, it should be noted for personal reading lists that “Cooking for a Beautiful Woman” is also available in a paperback edition (9781480864603, $20.99) and in a digital book format (Kindle, $3.99).